SANTA CLARA, Calif. (AP) — The San Francisco 49ers have locked up their biggest potential free agent for the long term by agreeing to give star left tackle Trent Williams the richest contract ever for an offensive lineman. Williams’ agents at Elite Loyalty Sports say the deal will pay Williams $138.1 million over the next six years, surpassing the $138 million deal David Bakhtiari got from Green Bay during last season. 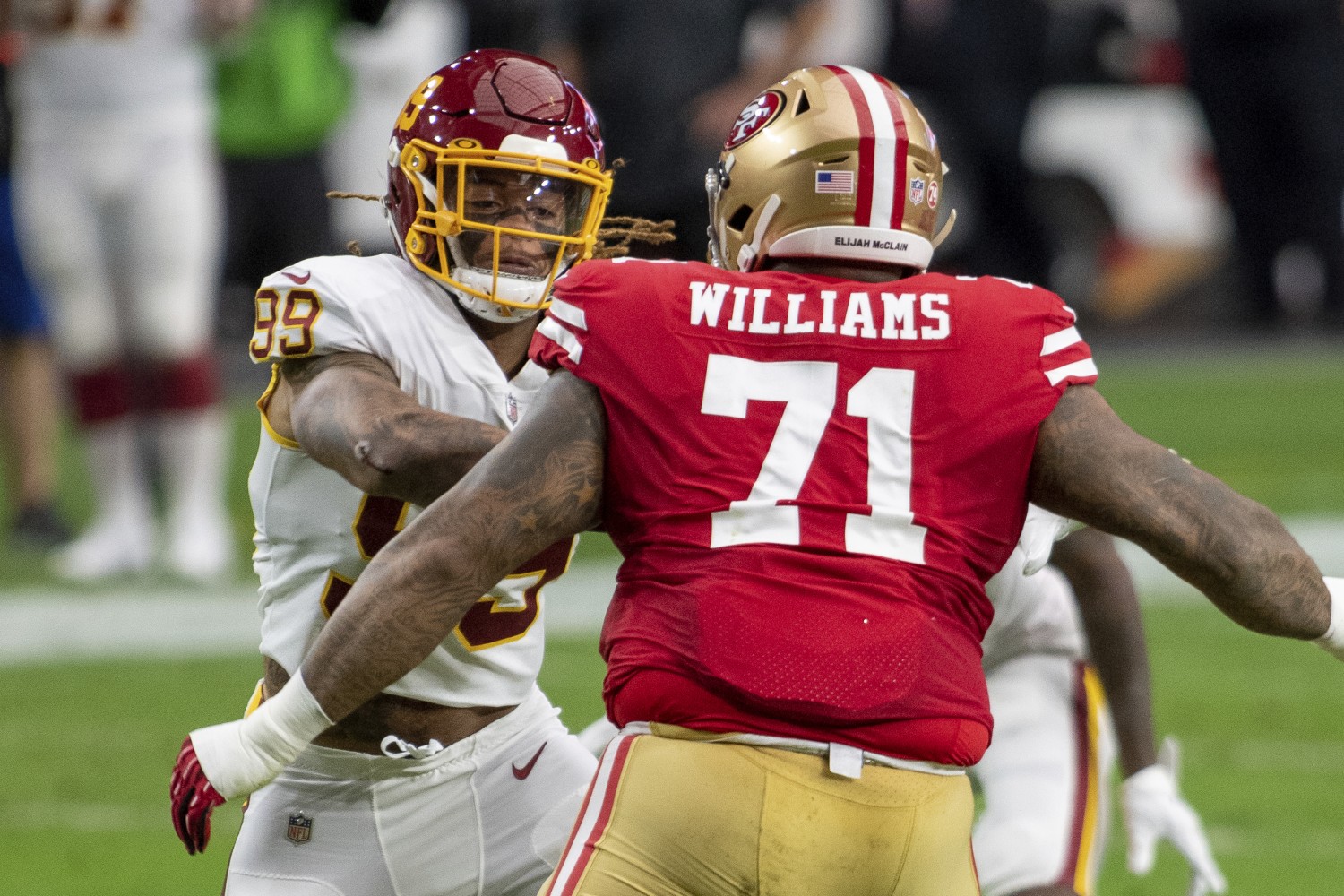 Williams also will get the biggest signing bonus ever for an offensive lineman at $30.1 million, as well as $55.1 million guaranteed. Williams sat out the entire 2019 season in Washington over a dispute with the front office before reviving his career in San Francisco, earning his eighth Pro Bowl selection.