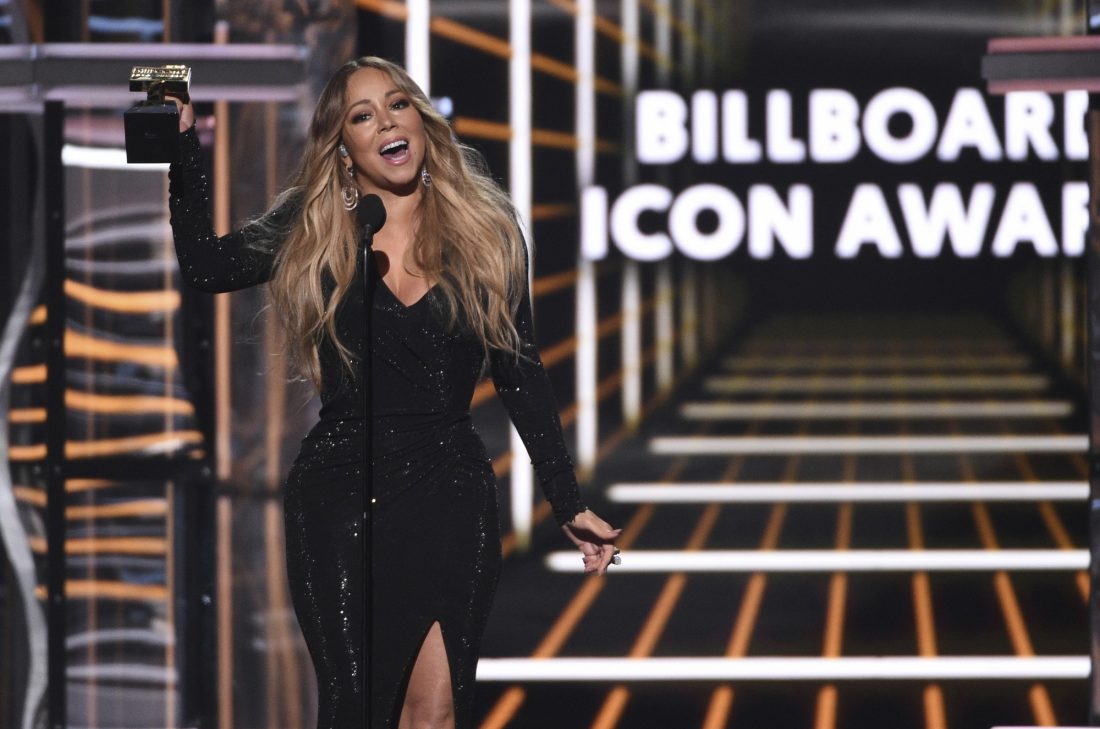 Mother’s Day is in a couple weeks, but Drake gave his mom an early gift with a heartfelt speech at the 2019 Billboard Music Awards, where the rap star also broke Taylor Swift’s record for most wins.

Drake turned up the love for his mom when he picked up top artist, besting Cardi B, Ariana Grande, Post Malone and Travis Scott. He won 12 awards Wednesday in Las Vegas, making his career total 27 (Swift has 23 wins).

He looked up to the ceiling as he held the trophy, then said: “I just want to thank my mom for her relentless effort in my life. 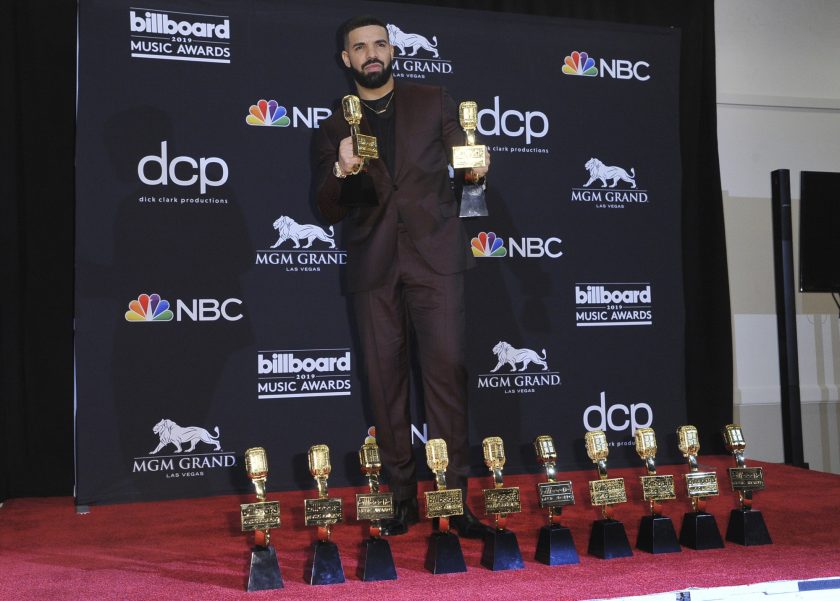 Family bonding was a theme at the three-hour show, which aired live on NBC and was hosted by Kelly Clarkson

Ciara’s young son and husband, NFL player Russell Wilson, danced along while she worked the stage, and Nick and Joe Jonas gave kisses to Priyanka Chopra and Sophie Turner of “Game of Thrones” fame when they sang in the audience before hitting the stage. Brendon Urie of Panic! at the Disco looked to his parents as he accepted top rock song, quoting the name of his current hit: “Hey look Ma, I made it!” 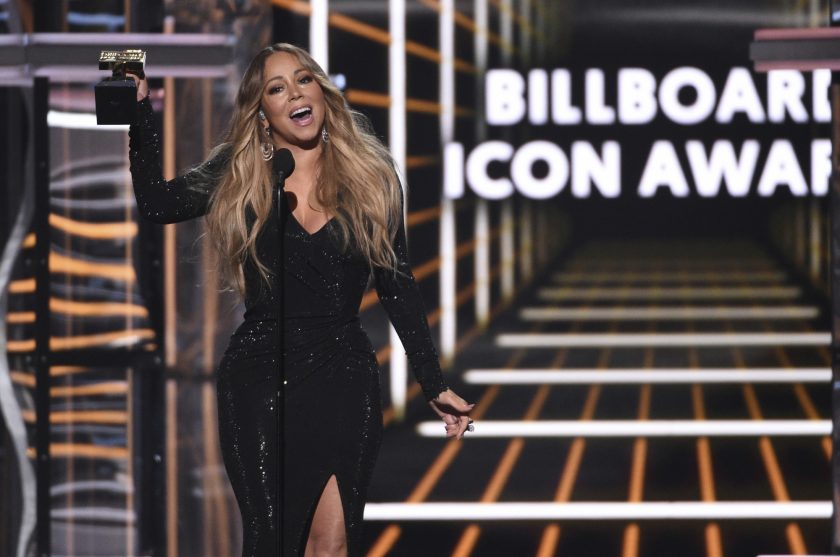 Mariah Carey’s twins cheered her on as she sang a medley of her hits and accepted the Icon award. She was in diva form before taking the award from Jennifer Hudson, throwing her napkin on the floor after dabbing her face with it.

“Without getting into all the drama, all the ups and downs of my career … I guess I always felt like an outsider, someone who doesn’t quite belong anywhere, and I still feel like that lost interracial child who had a lot of nerve to believe I could succeed at anything at all in this world. But, and this is the truth, I did believe because I had to,” she said. “The truth is I dedicated my life to my music — my saving grace — and to my fans.”

Cardi B, the night’s top nominee with 21, locked lips with husband Offset on the red carpet and the couple sat closely inside the venue. She won six awards, including top Hot 100 song for “Girls Like You” with Maroon 5.

“I remember when Maroon 5 hit me up to do this song. I was like, ‘Bro I’m five months pregnant. I can’t even breathe.’ But this record to me was so amazing. I was like, ‘Oh this is going to be a hit.’ And now I sing this song to my daughter because she’s the girl that I need,” she said.

Drake and Cardi B — who both won multiple awards during the live telecast — used their speeches to promote love and appreciation for their peers in the music industry. 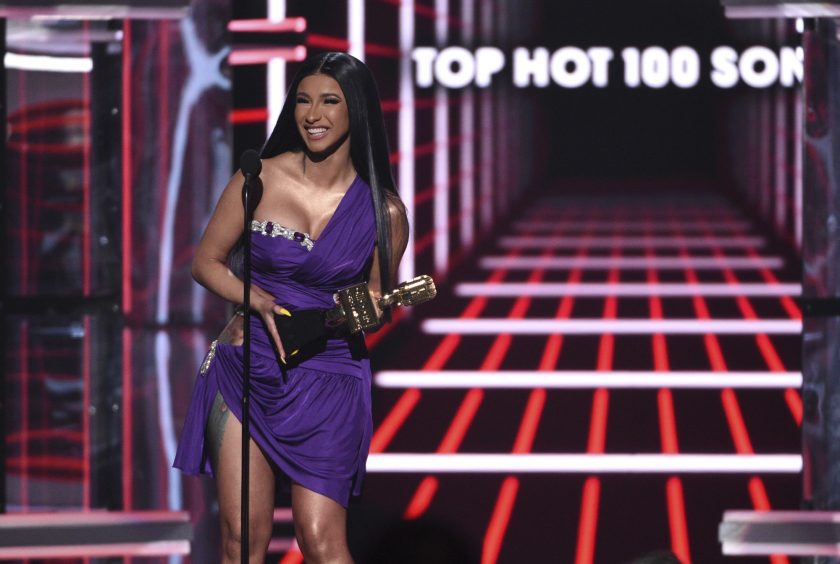 Others, too, brought on the positive energy when onstage. Imagine Dragons’ band leader Dan Reynolds used his speech to highlight the dangers of conversion therapy on LGBTQ youth. He earned rousing applause. Florida Georgia Line’s Tyler Hubbard followed suit, telling the audience after winning top country song: “In the spirit of so much truth being spoken tonight by so many talented artists, I think we should speak some truth.”

“As artists we all get to experience so many unbelievable things, but in our opinion, at the end of the day, it’s all for nothing if you’re not using your platform for better … to spread love, to help those in needs, to be a light to your community,” he said.

Swift kicked off the show when she brought her new music video to life with a colorful, eye-popping performance of her song “ME!” Dancers wearing bright, pastel colors spun in the air holding umbrellas and a marching band kicked off Swift’s performance — like most of the world, maybe she was inspired by Beyonce’s new Coachella film? 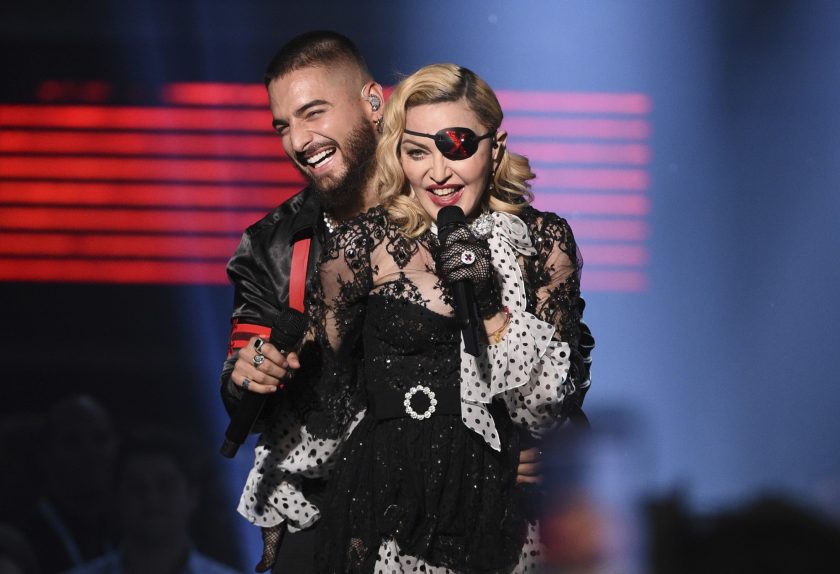 Madonna, wearing an eye-patch, teamed up with Colombian singer Maluma for a performance, but it was Grammy-winning Christian artist Lauren Daigle who had the night’s best performance. She sang “You Say,” giving the audience a calm, yet strong and powerful performance. She was backed by three awesome background singers and a pianist.

BTS, who performed alongside Halsey, also had a major night. At the Billboard Awards and American Music Awards, the K-pop band had only previously won “social” awards based off their fanatic fan base, but on Wednesday BTS picked up top duo/group, besting Grammy-winning groups like Maroon 5, Imagine Dragons and Dan + Shay.

An unlikely winner at the Billboard Awards? “Game of Thrones” actress Maisie Williams, whose plays Arya Stark on the HBO series and shined brightly on last week’s episode.

“Shout-out to Arya Stark for putting in that work last week,” Drake said onstage after winning his first award of the evening.