In the lovely new Netflix documentary “Becoming,” set around Michelle Obama’s book tour for her memoir, the former first lady makes a comment about the massive venues she’s speaking to.

“What I experience in these big arenas is the power of gathering,” she says. “The shared experiences.”

Not everything in film has me reflecting on our current moment, but this moment certainly did.

Part of what makes “Becoming” such an effective representation of her magnetism is showing her on the macro and micro level. You see the effect she has on thousands and thousands of people — clearly a commanding force with stadium-sized crowds — but also her ability to have meaningful one-on-one engagements. We watch one star-struck person after another (men, women and children alike) approach her to get a handshake, a minute or so of her time and a signature in their books. It’s a reminder of the power of a crowd and an up-close moment and the rare public person who can master both. It’s hard not to feel a pang of wistfulness for the time when we could have those shared experiences with an admired figure.

This is not the point of “Becoming,” of course. It is a portrait of a woman who has just survived a life-changing experience (being first lady) and is trying to figure out who she is now and who she is going to be. Michelle Obama might feel a certain relief that she doesn’t have to appear “perfect” all the time — she says as much about leaving the White House after eight years. But even if she is able to let her hair down a little, there is a polish that comes with being a public figure for so long that means that she probably won’t ever be able to truly relax, especially when a camera is around. In other words, “Becoming” doesn’t exactly invite you into her life unfiltered. 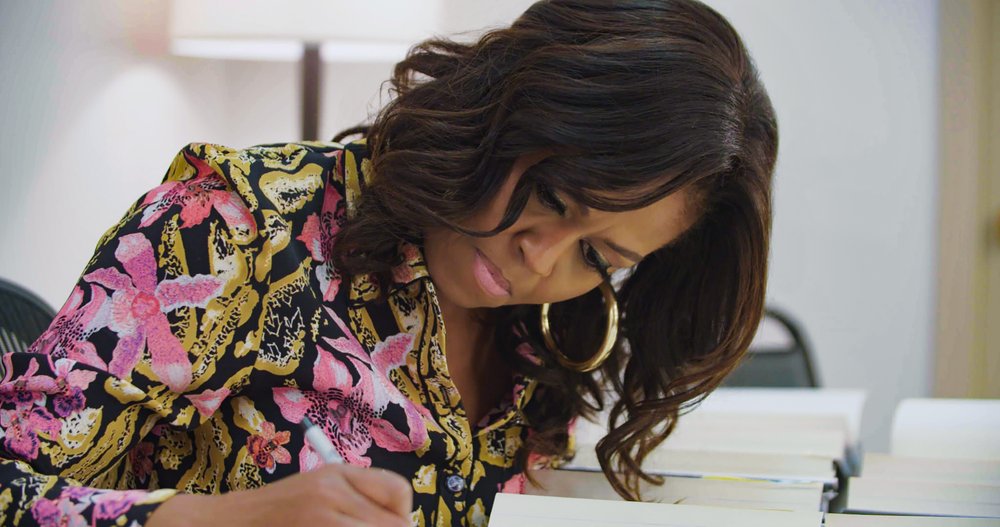 But being a controlled look doesn’t make it less honest or impactful, it’s just honest in a different way that doesn’t involve showing her husband and daughters eating breakfast in pajamas. Where “Becoming,” directed by Nadia Hallgren, succeeds is in allowing Michelle to be the star of her own film (and life). There’s not even an interview with Barack Obama, although his presence is felt everywhere, naturally.

The film is set two years after she and her family have left the White House, during the 34-city tour for her memoir. She says she is reflecting for the first time about what just happened to her. It is told partially through behind-the-scenes footage from the tour, her on-stage interviews in front of thousands with the likes of Oprah, Gayle King, Stephen Colbert and Valerie Jarrett, a few interviews with her brother, her head of security and her stylist, as well as some commentary from Michelle Obama herself.

“Becoming” covers a lot of ground for a fairly short film, from her family life growing up on Chicago’s southside (a typical working class community), to her days at Princeton (one of her roommates moved out because her mother didn’t like that she was living with a black person), her first date with Barack (he was late) and the campaign (“they went after me like I was a candidate”). She is particularly candid about her difficult experiences on the campaign trail, where she tried to be honest and vulnerable and found herself the target of some in the media. 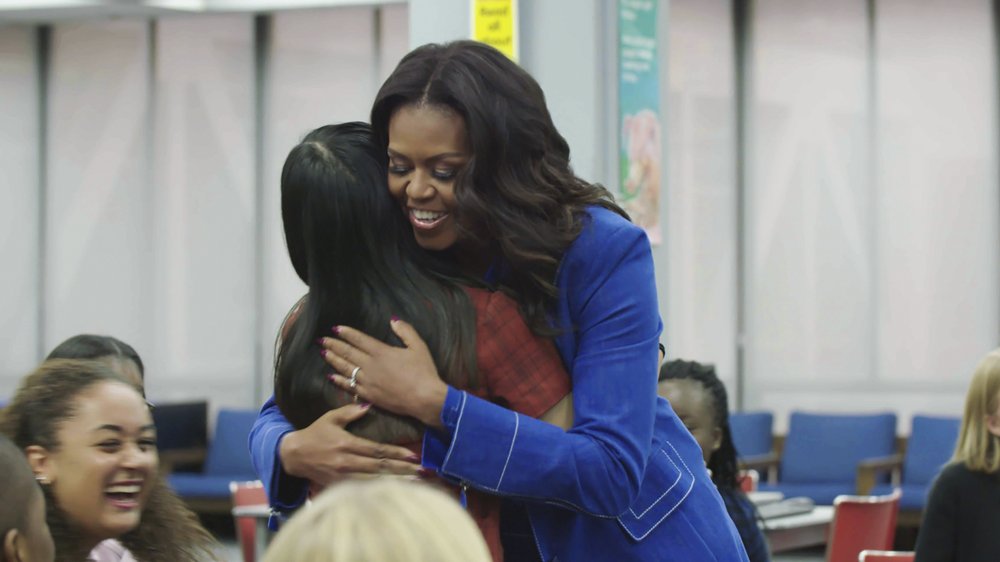 “The only thing I can share is that it hurts,” she says. “That changes the shape of a person’s soul.”

Hallgren weaves together a compelling narrative with these public and private interviews that builds chronologically to the present. Michelle Obama reaches some sort of clarity, for now, about who she wants to be — a citizen with an eye towards the youth. It might not be the person she imagined she’d be when she met the future president, but it’s the person she ended up becoming. And it’s a heck of a journey to watch.

“Becoming,” a Netflix release, has not been rated by the Motion Picture Association of America, but don’t worry, it’s an all-ages affair. Three stars out of four.