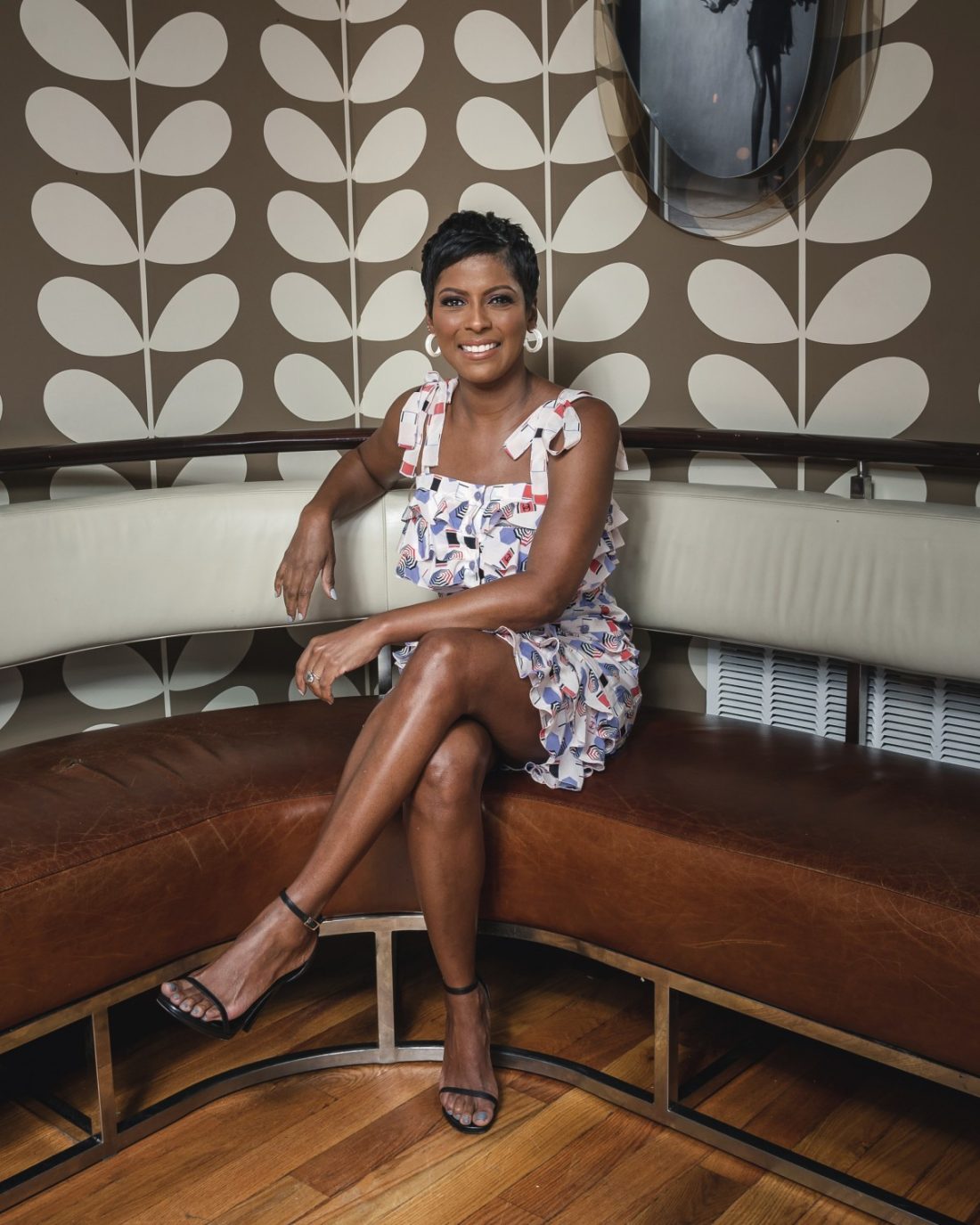 Tamron Hall’s Faith In Herself Pays Off With New Show, Life

NEW YORK (AP) — When Tamron Hall decided to leave NBC after the network gave her prime “Today” co-hosting slot to Megyn Kelly, the journalist threw herself a party — a pity party.

That included plenty of tears and a bit of feeling sorry for herself— to the point that “my mother said to me, ‘You can always come back to your room here,’ and I’m like, ‘Mom that’s not in the plan!’”

She didn’t have a specific plan when she left in 2017. All she had was faith that something bigger had to be on the horizon.

“I leaned on my mom, and my mother has the saying, ‘God didn’t bring me this far to let you go.’ And so at some point I could not just keep regurgitating the line leap of faith — I had to believe it,” she recalled, laughing, in a recent interview. “I’ve got to believe in something, so why not believe in myself?”

That belief has paid off with amazing dividends for Hall, who not only now has a husband and a 4-month-old son Moses, but her own eponymous show that will debut across the nation on Monday.

“Instead she rebuilds herself just through force of will,” he added, “and everything comes together in 2019. So, it’s kind of an amazing story, one you don’t see a lot, and a lot of people relate to it.”

Hall was hosting the successful third hour of the “Today” show with Al Roker when NBC decided to make room for Kelly; Hall decided to opt out of her contract instead of taking a lesser role. Kelly later imploded in the slot after making racist comments.

“Tamron Hall” will enter an already crowded talk space when it debuts in syndication, including a new entry from Kelly Clarkson, whose talk show bows the same day.

Hall, 48, is not concerned though, because what she thinks “Tamron Hall” will provide is a unique factor —herself.

“At one point I was on four networks at the same time. I was doing MSNBC, the ‘Today’ show, ID (Investigation Discovery network) and TLC, coupled with Bear Grylls and regularly hosting the Macy’s Fourth of July. So at any given time, people know me from six different, versions of my career,” she said, while enjoying a glass of wine while sitting at the Harlem restaurant Ruby’s Vintage. “And we thought, it’s a range of an audience. Let’s bring all of those people into one location.”

To that end, “Tamron Hall” might focus on a newsy topic one day, and fashion the next. Another show could focus on motherhood. Perhaps dating and relationships. Or crime, which speaks to Hall’s work on ID and her personal experience from being the sister of a murder victim.

“The beauty about the show is that it’s not about one lane, it’s a reflection of who she is in her entirety,” said co-executive producer Talia Parkinson-Jones, a veteran of the Wendy Williams show. “We know exactly what she wants, which is to inspire people.”

Don’t expect a show with a lot of shouting about politics. Says Geddie: “I’ve had enough of that, and I’d like to do something different now.”

It also won’t be heavy on celebrity guests.

Though she lives in Harlem and has been a New Yorker for years, there’s a universal appeal that Hall enjoys that even she didn’t realize until her time off, as she traveled the country speaking at events.

“I’ll never forget, we were in Houston, right after I had left and there were these couples who happened to be white, and it was the husbands (who said), ‘TEAM TAMRON! TEAM TAMRON!’” she said, laughing. “That’s what also I think Disney and our partners recognized too, that we were seeing this cross-section of people saying, ‘When are you coming back?’”

Hall’s comeback might have come sooner had it not been for the Harvey Weinstein scandal. She had entered into a partnership with the Weinstein company before the sexual misconduct scandal involving Weinstein broke and the #MeToo era gave way.

It was another setback.

“I couldn’t believe that, but at the same time I felt so guilty thinking about my career, and then thinking about the allegations that the women were making . I’m sitting there going like, ’I can’t be thinking about myself,” she said. “From the first words out there, I couldn’t do that. I wasn’t raised that way. . I just said maybe that wasn’t meant (to be).”

But her TV destiny was set, and soon, Disney came calling, and her TV show was put into motion. Unbeknownst to most involved with the show, Hall was also working on another project — having a baby with her husband, music executive Steve Greener, whom she married earlier this year.

Hall went through IVF to conceive and recalls getting shots to prepare for the procedure as she was crisscrossing the country while shooting “Deadline: Crime With Tamron Hall.” She laughed as she recalled getting a shot from her celebrity hairstylist Johnny Wright while in the back of an Uber.

It was a process Hall had been through several times in the past, unsuccessfully. Though some women might have postponed the process during such a busy time, Hall had learned through past experience that it didn’t really matter.

“Both (the show and the baby) were so out of my control and that was the similarity,” she said. “I can only put so much into both of those.”

Now that both have come to fruition, she finds herself doing the working mother juggle and relishing the opportunity. Tears came to her eyes as she recalled having left her son for a recent trip and returning home to find him sound asleep as her mother watched over him.

“I took that as, ’Mom, “I’m safe, I’m good, I’m going to sleep restful right here, right now, you go do it Mommy, you go get it, and that’s been satisfying for me as a working mom, because there’s been a lot of real guilt,” she said.

She recalled her own mother, a single mom at 19, working multiple jobs to provide for her children.

“So now I get this daytime talk show, far more glamorous to working in a leather factory, and I get to come home to my mom sitting right there, helping me with my son,” she said, through tears.

It’s an emotional moment, but also a very relatable one, and what she hopes to convey with “Tamron Hall.”

“That is my life. That’s the show I want to do. That’s the voice I want to have. And I think that it’s where I’m supposed to be,” she said.