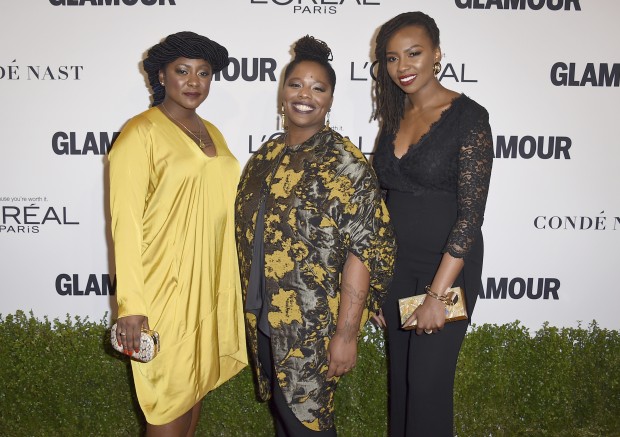 For International Women’s Day, 2020, TIME magazine released 100 covers of women from 1920-2019 who impacted history. For the 2013 cover,  the founders of the Black Lives Matter movement Patrisse Cullors, Alicia Garza and Opal Tometi were recognized.

“While critics called Garza, Cullors and Tometi terrorists and threats to America, the activists continued urging the public to pay attention to the spate of fatal shootings of unarmed black men and women that followed Martin’s, shutting down highways, blocking bridges and staging die-in demonstrations. “We will continue to fight like hell,” Cullors wrote on the group’s website, “because we deserve more,” said TIME writer Melissa Chan in her post on the group.

The portrait of Garza, Cullors and Tometi was commissioned by New York artist, Molly Crabapple.

“They were the different drummers, to whose beat a century marched without always even knowing it. So this special project is an act of discovery, and rediscovery, of the possibilities that come when we look and listen differently to the world these women made,” said former TIME editor and chief Nancy Gibbs.