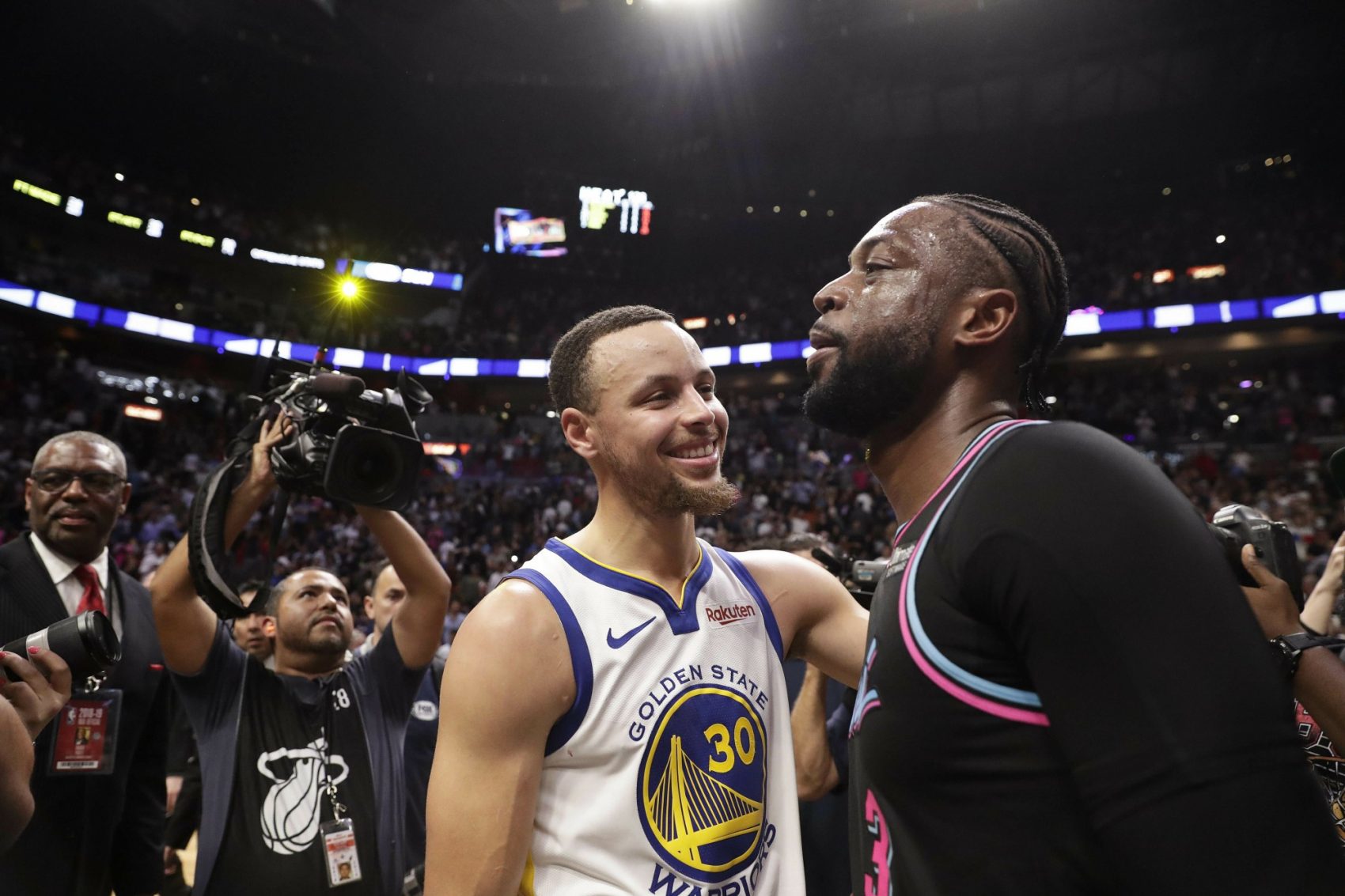 MIAMI (AP) — It’s been more than nine years, and Dwyane Wade still wonders from time to time how Kobe Bryant hit a straightaway 3-pointer off the glass to beat him.

Finally, he has his answer.

Down by two, at home, last possession. That was the scenario when Bryant made his 3-pointer over Wade on Dec. 4, 2009, to give the Los Angeles Lakers a one-point win over the Miami Heat.

Down by two, at home, last possession. Same scenario for Wade, this time against the Golden State Warriors on Wednesday night. 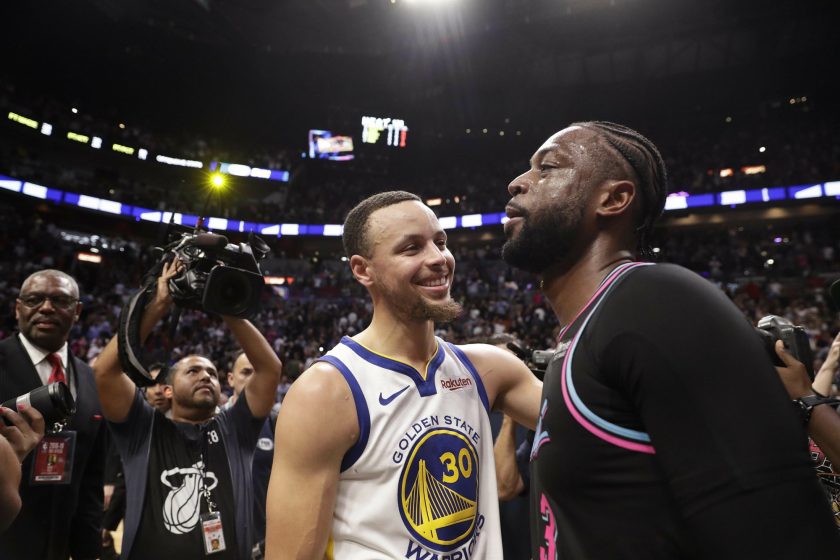 A banked-in 3-pointer by Wade gave the Heat — whose playoff hopes have taken hit after hit in recent weeks — a much-needed 126-125 victory. And even in the din of the incredibly jubilant on-court celebration, the likes of which perhaps only compared to Miami’s two championship-clinching wins at home in 2012 and 2013, Wade went back to that moment with Bryant.

“Thank you for showing me the way, Mamba Mentality,” Wade said in the on-court interview, referring to Bryant by one of his nicknames.

Not long afterward, Bryant responded on Twitter: “My man,” he wrote to Wade, adding the hashtag “last dance” — a nod to the “One Last Dance” theme Wade has used throughout this, his 16th and final season in the NBA before retirement.

Even the Warriors tipped their caps afterward at Wade, who finished with 25 points and made two 3-pointers in the final 16 seconds.

“For him to finish the way he did, it was incredible,” Warriors coach Steve Kerr said.

The Heat remained 10th in the Eastern Conference, a half-game behind No. 8 Charlotte and only percentage points behind No. 9 Orlando. A loss would have set them back a bit in the standings, and who-knows-how-much more emotionally — since had the Warriors won, it would have been a win where Miami blew a 24-point lead.

Instead, Wade engineered a miracle in Miami — exactly one year to the day after he hit a game-winner to beat Philadelphia at home.

Wade’s winner even caught the attention of LeBron James, who watched it out on the West Coast. James replied in his own fashion a few hours later, hitting a dramatic one-legged, fall-away 3-pointer with 31 seconds left to seal the Lakers’ 125-119 win over New Orleans.

Afterward, James was asked to compare the degree of difficulty in the two big shots by the former Heat teammates.

“Mine was a little bit more difficult than his,” James said with a smile. “His was weird. I don’t know if that was even a shot. It was like he had … you know when you play Pop-a-Shot? He had to, I mean, because he had no time. But yeah, I think my shot was more difficult.”

Barring a matchup in the NBA Finals, this was Wade’s last time facing the Warriors. And that realization was not lost upon the two-time defending champions afterward.

“It’s a crazy feeling,” Durant said. “He’s done so much for the game. He’s such an amazing player and person. I’ve been watching him since middle school and this is one crazy way to go out.”

“The video tributes, the jersey exchange, the applause from the fans. It all shows you what Dwyane has meant to this league,” Kerr said. “When you see all the younger players in this league, how much they revere him, you realize and you remember.”

And when Wade hits shots like he did Wednesday, you don’t forget, either.