(Philadelphia, PA) — President Biden says Republicans are launching an assault on our democracy by passing restrictive voting laws. Speaking in Philadelphia, Biden said Americans have the fundamental right to vote freely and fairly. He called this the most significant test of our democracy since the Civil War. The President quoted the late Georgia Congressman John Lewis, saying “freedom is not a state, it’s an act.” He called on Americans to act to save and strengthen our democracy. 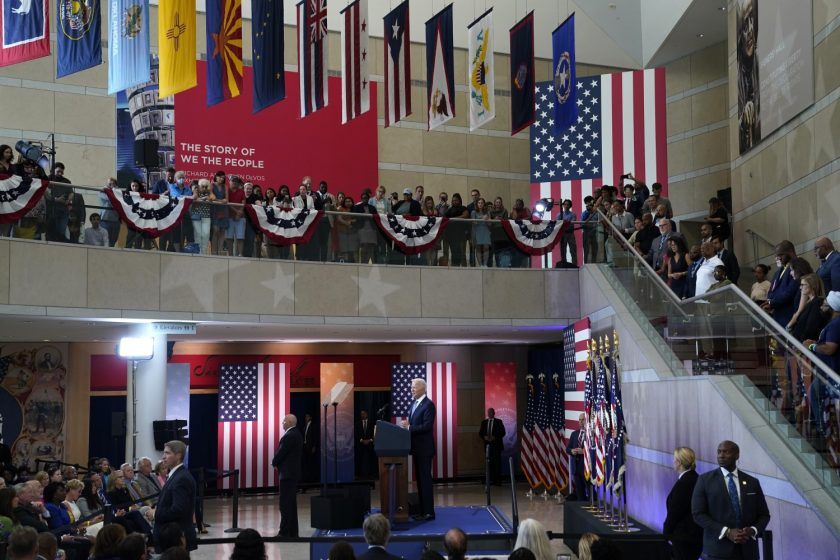