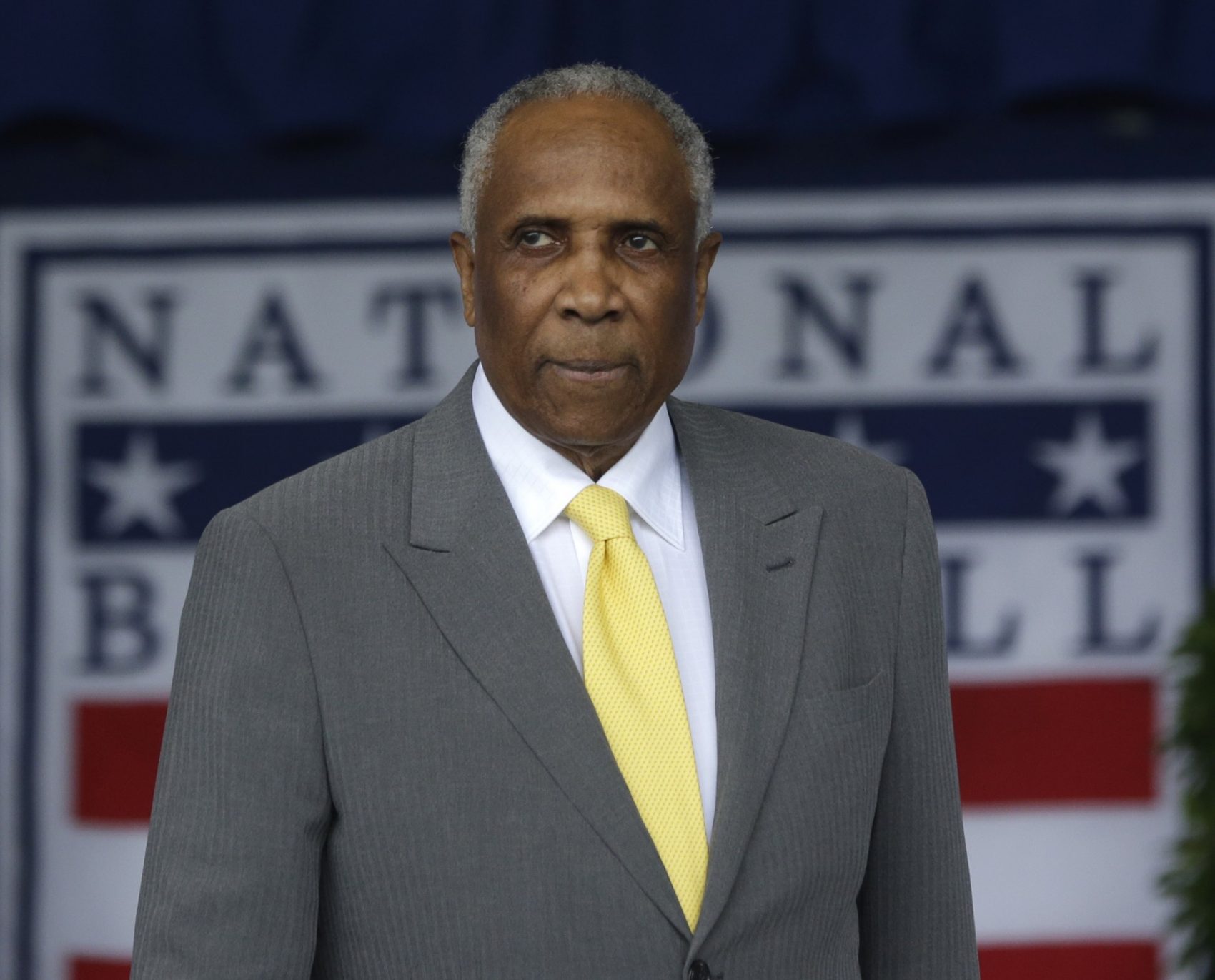 Los Angeles — Hall of Famer Frank Robinson, the first black manager in Major League Baseball and the only player to win the MVP award in both leagues, died Thursday. He was 83.
Robinson had recently been in hospice care at his home in Bel Air. MLB confirmed his death.
An MVP with Cincinnati and Baltimore, Robinson cemented his legacy when he became Cleveland’s manager in 1975. The Reds, Orioles and Indians retired his No. 20 and honored him with statues at their stadiums.
Fearsome and fearless in the batter’s box, Robinson hit 586 home runs — he was fourth on the career list behind only Hank Aaron, Babe Ruth and Willie Mays when he retired and now ranks 10th. He won the Triple Crown while leading the Orioles to their first World Series championship in 1966.
An All-Star outfielder in 12 seasons and a first-ballot selection to Cooperstown, Robinson also was a Rookie of the Year and picked up a Gold Glove.
Robinson’s place in the game’s history extended far beyond his abundant playing skills.
While still active, Robinson fulfilled his quest to become the first African-American manager in the big leagues. In his first at-bat as a player-manager for Cleveland, he hit a home run.
Robinson also managed San Francisco, Baltimore and Montreal. He became the first manager of the Washington Nationals after the franchise moved from Montreal for the 2005 season — he also was in the Nationals’ Ring of Honor.
More than half the major league teams have had black managers since his debut in the Cleveland dugout.
Robinson later spent several years working as an executive for MLB and for a time oversaw the annual Civil Rights Game. He advocated for more minorities throughout baseball and worked with former Commissioner Bud Selig to develop the Selig Rule, directing teams to interview at least one minority candidate before hiring a new manager.
For all he did on and off the field, Robinson was presented the Presidential Medal of Freedom by George W. Bush in 2005.
Born Aug. 21, 1935, in Beaumont, Texas, Robinson attended McClymonds High School in Oakland, California, and was a basketball teammate of future NBA great Bill Russell. But it was on the diamond, rather than court, where fame awaited Robinson.
Former Orioles pitcher Jim Palmer, who also gained first-ballot entry into the Hall, once called Robinson, “the best player I ever saw.” 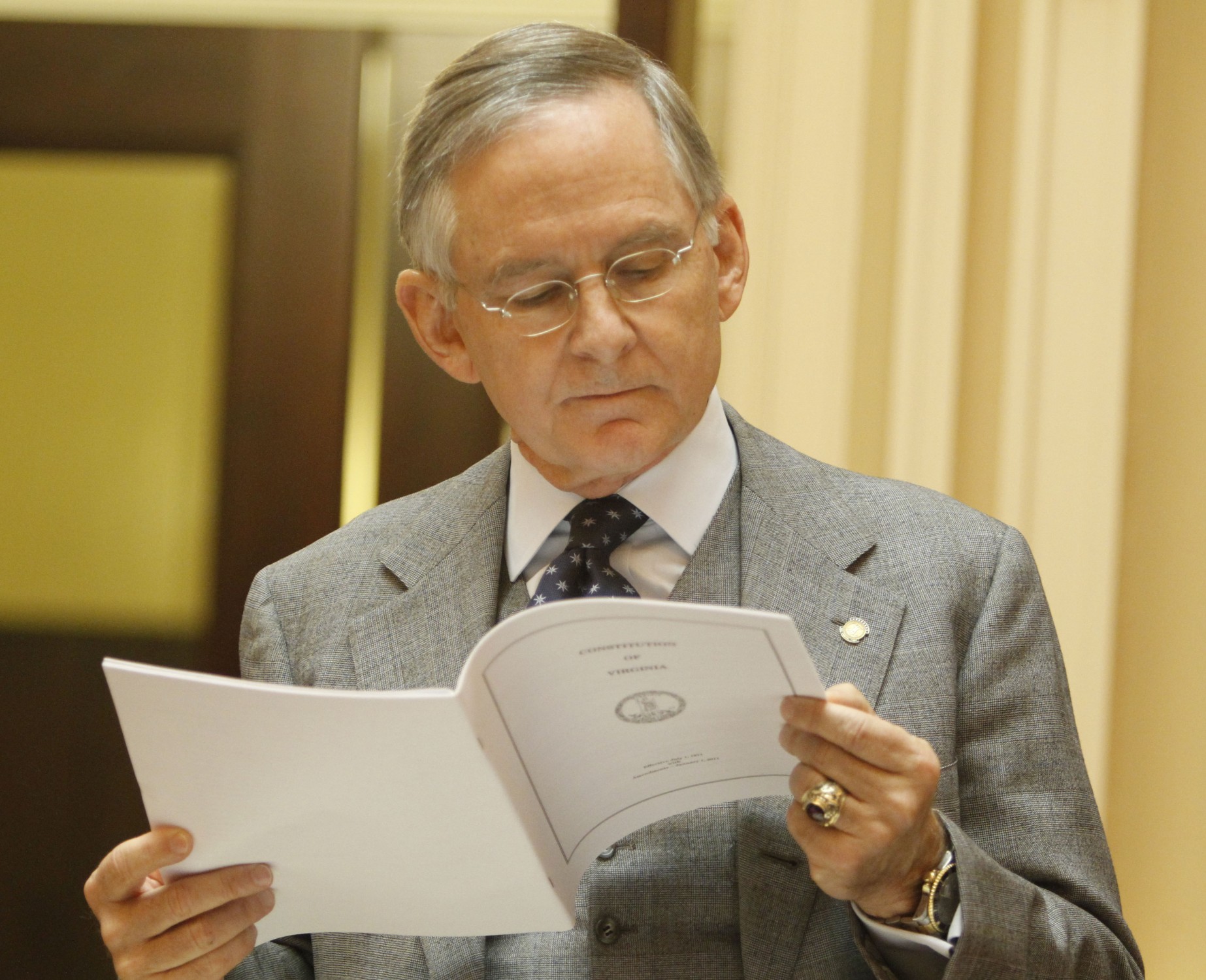 (Richmond, VA) — There is a report the top GOP Virginia state senator oversaw a yearbook that contained racist photos and slurs. The Virginian Pilot reports Senate Majority Leader Tommy Norment was in charge of a 1968 Virginia Military Institute yearbook that contained multiple photos of individuals posing in black face. The yearbook also contained several racist slurs. This comes as Virginia Democratic Governor Ralph Northam and Attorney General Mark Herring are embroiled in blackface scandals and the lieutenant governor is accused of a past sexual assault.

(Collegeville, PA) — Actor Bill Cosby has been moved to a general population unit as he serves his sentence for sexual assault in a Pennsylvania prison. The 81-year-old has spent the last four months in special housing at the State Correctional Institution Phoenix in suburban Philadelphia. A state prison spokeswoman says Cosby has a single cell and is not on a ward for older inmates. Inmates in general population can spend several hours a day in the gym or exercise yard, and other time in the library, class or day room. Cosby is serving three to 10 years for drugging and sexually assaulting a woman at his home in 2004.