(Wednesday, November 24, 2021) – All three white suspects charged in the killing of Ahmaud Arbery were today found guilty in his killing back on February 23, 2020.  The courtroom erupted into cheers as the verdict was read. 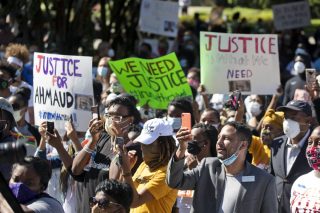 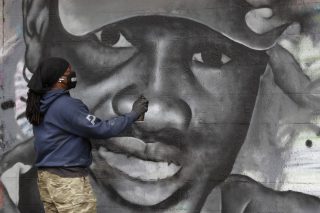 The men were arrested two months after the killing of Arbery following outrage over the cellphone video of the killing.  Arbery was jogging through a Georgia neighborhood when the three white men chased him down accusing him of being a burglar.  The case has drawn nationwide attention with race being a central issue and many drawing stark comparison between the murder of Arbery and the 1955 killing of Emmett Till.  The jury was comprised of 11 white persons and one black man.