RICHMOND, Va. (AP) — The state of Virginia plans to remove the large statue of Confederate Gen. Robert E. Lee on Richmond’s Monument Avenue by cutting it into three sections and then reassembling it elsewhere. The Richmond Times-Dispatch reports that statue’s removal still depends on a court’s approval. But in the meantime, the state has been figuring out how it could deconstruct the sculpture. A state review board recently approved a plan that calls for a crane to remove the 21-foot statue from its 40-foot pedestal. The bronze statue would then be taken apart because it’s too tall to go under bridges. A conservation firm said the entire process will leave “little evidence of cutting and reassembly.” 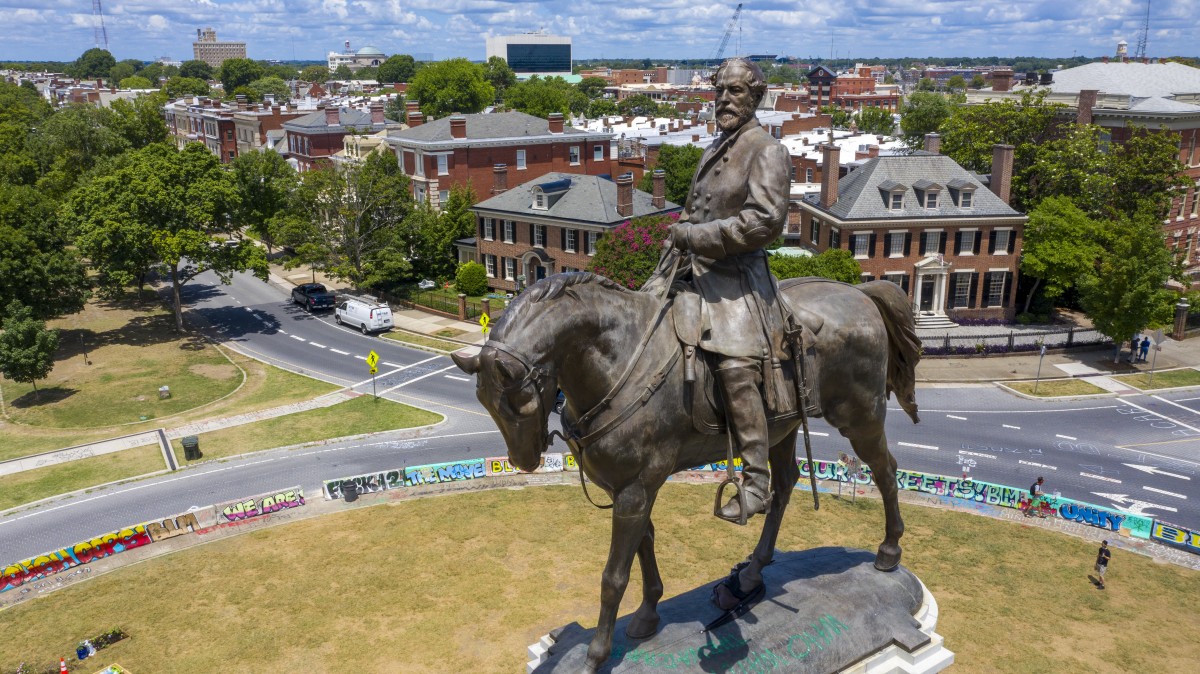