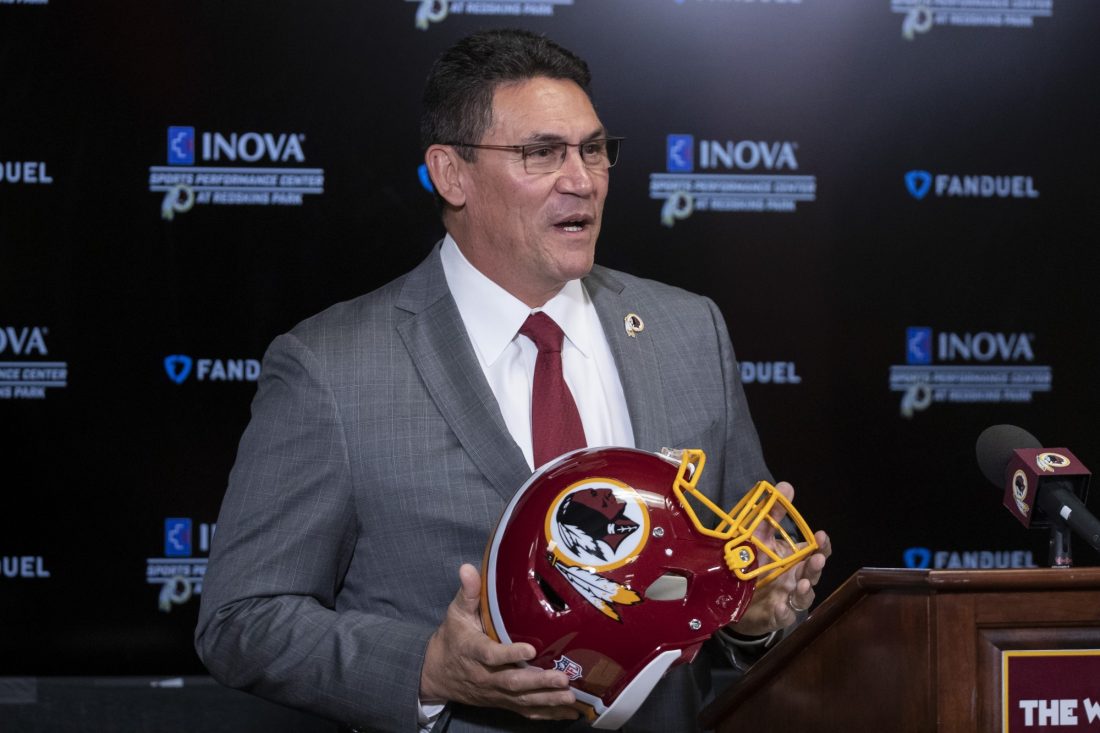 Head coach Ron Rivera said today that the process for a final new name for the Washington Football Team will take 16-18 months.  He also said that he knew nothing of the sexual harassment allegations brought by 15 female former team employees before taking the team’s head coaching job.  He also said that he’d support players kneeling prior to the start of games.   Yesterday,  the organization announced that it did not have enough time to come up with a new nickname, logo or address potential trademark issues.  Instead, for the upcoming season the Burgundy and Gold will go by the name Washington Football Team.  Player numbers will replace the Native American logo on helmets.  The team colors will remain the same.