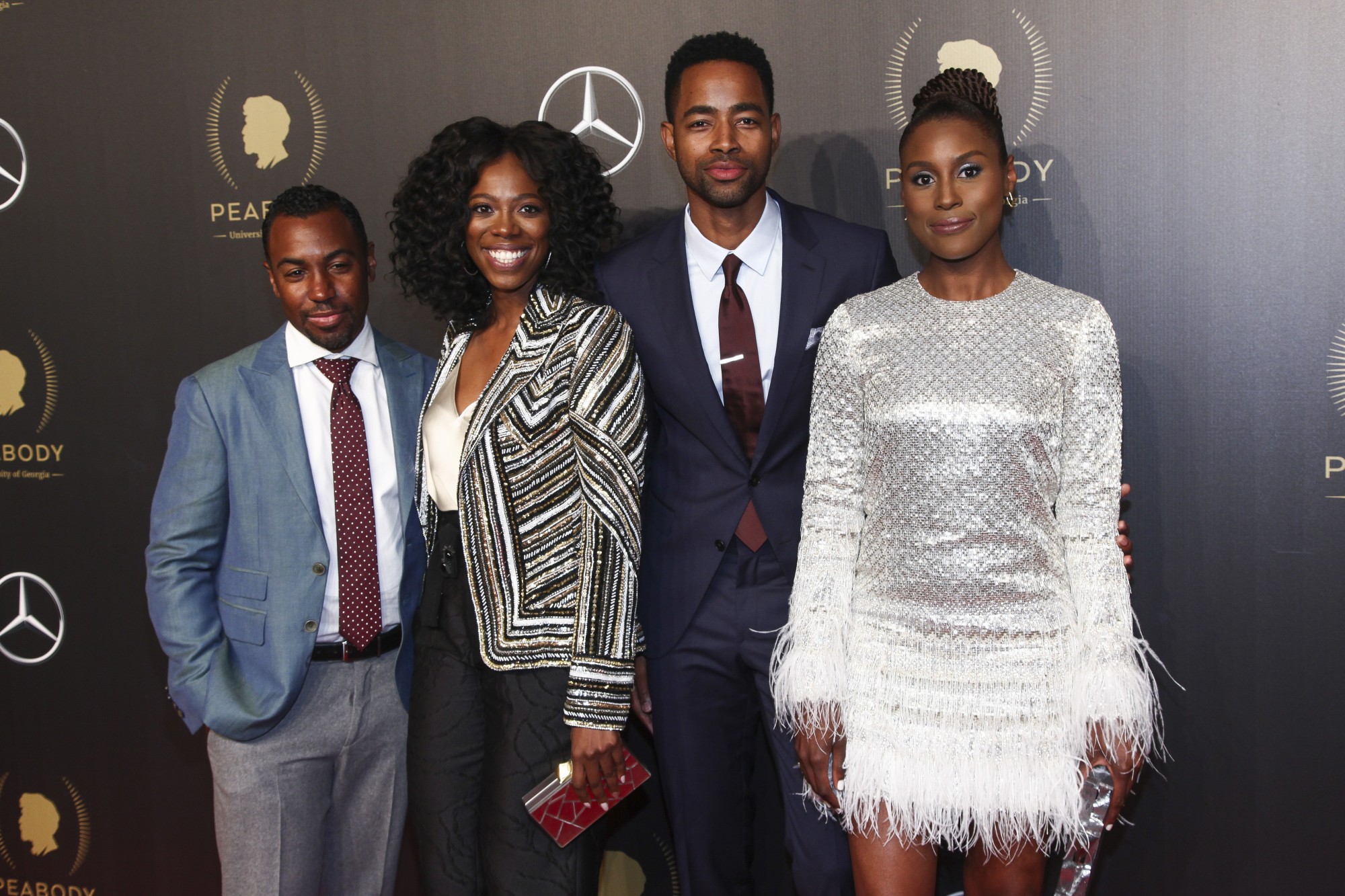 NEW YORK (AP) — Jay Ellis’ popularity thanks to his role as Lawrence on “Insecure” is still going strong as the show marks its fourth season: Check social media on Sunday nights, when the HBO comedy airs, and there’s a good chance you’ll see #LawrenceHive trending.

Although “Insecure’s” star and creator, Issa Rae, said she wrote the show for women, many of the show’s male fans have found commonality with Lawrence, Issa Dee’s (played by Rae) now ex-boyfriend, a key character on the show.

“I think he is either where a lot of us are currently walking or we just walked out of that — those footsteps — and so I think that’s why a lot of dudes connect with him and relate to him,” said the 38-year-old Ellis.

Ellis’ character has gone through various transformations since Season 1. Lawrence starts off as the underemployed longtime boyfriend of Issa, whom she eventually cheats on, then attains a successful career and becomes a ladies man. This season, he’s getting serious with a woman who has also become a friend to Issa.

Ellis has also grown during the show. Personally, he’s become the father to an infant daughter, and professionally, he makes his directorial debut later this season.

“My episode shoots out of the country, so logistically we had to shoot last, which was good for me because I got to just focus on acting for the first nine episodes. And then, you know, I had a lot of prep time,” says Ellis.

He shadowed other directors such as Alec Berg on “Silicon Valley,” Nzingha Stewart on “Black Monday,” Michael McDonald on “Brooklyn Nine-Nine,” “Queen & Slim” director Melina Matsoukas, who helmed the season two finale of “Insecure,” and even sat down with Jordan Peele to pick his brain about the craft.

“I had a community of people who put their arms around me,” said Ellis. “So I got really lucky and felt really prepared.”

Ellis says it’s Rae who provides so many opportunities to up-and-coming directors and actors — something he feels doesn’t happen that often in Hollywood.

He added: “She could work with nothing but people who already are established. But, you know, she wants to create a pipeline of people and give them opportunities. And, that’s — you know, it’s rare.”

Besides directing on “Insecure,” Ellis is producing an upcoming Amazon Prime Video show starring Phylicia Rashad, as well as executive producing the show “Behind Her Faith” on the Urban Movie Channel, directed by his mother, Paula-Bryant Ellis, whom he encouraged to get into entertainment after a career in corporate banking.

“He’s bossy. But it’s an amazing experience,” his mother said. “It’s a great experience and I’ve learned so much from him. He’s so knowledgeable.”

Ellis is also set appear alongside Tom Cruise in “Top Gun: Maverick,” scheduled to be released later this year. Ellis called the chance to learn from the Oscar-nominated actor a valuable opportunity.

“When you look at Tom, when his career is 40 years (old) now and I don’t even know the number of movies, but there’s not a shot he hasn’t seen, there’s not a camera he hasn’t, you know, been shot on,” Ellis said.

“He wanted us (the cast) to ask him questions and be able to soak all that up and become filmmakers as well, and how that helps influence you as an actor, and the way you go about your process,” Ellis added. “It was absolutely amazing.”