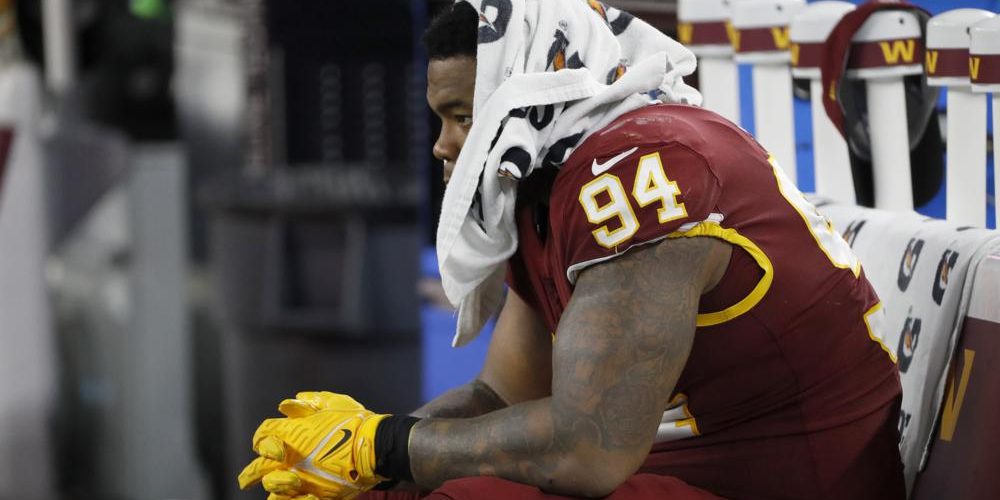 It was ugly.  The Washington Football team trounced on national television last night by its rival.  The Cowboys 56-14 winners.  It was 42-7 at halftime.  Dallas returned an interception for a touchdown.  Blocked a punt for a touchdown. And scored 7 more TDs on offense.  Throw in a fight on the bench between WFT defensive linemen Daron Payne and Jonathon Allen. Not a night to remember.  The Burgundy & Gold now 6-9 on the season.  It’s back on the field Sunday against the newly high flying Philadelphia Eagles.