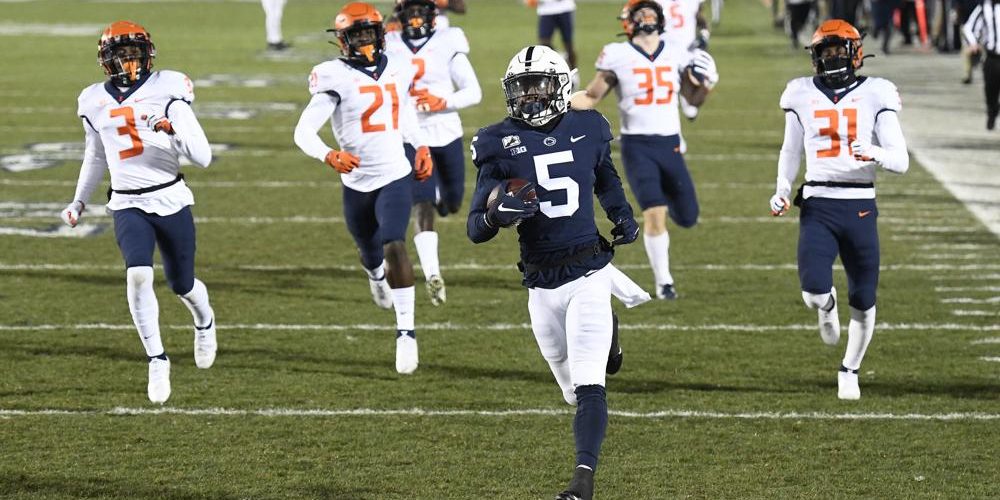 The NFL Draft taking place last night in Las Vegas and the Washington Commanders get a new wide receiver with its top pick.  The Commanders moved down from 11 to 16 in the first round to select Penn State’s Jahan Dotson.  The Commanders traded their number 11 pick to the Saints for third and fourth round picks in this year’s draft.   At Penn State, Dotson caught a total of of 183 passes for 2,757 yards and 25 touchdowns.  He ranks second all-time for career catches and touchdowns for the Nittany Lions.  The NFL offered a moment of silence during the draft for former Commanders quarterback Dwayne Haskins. Haskins died on April 9th after being struck by a dump truck while trying to cross a Florida highway on foot.