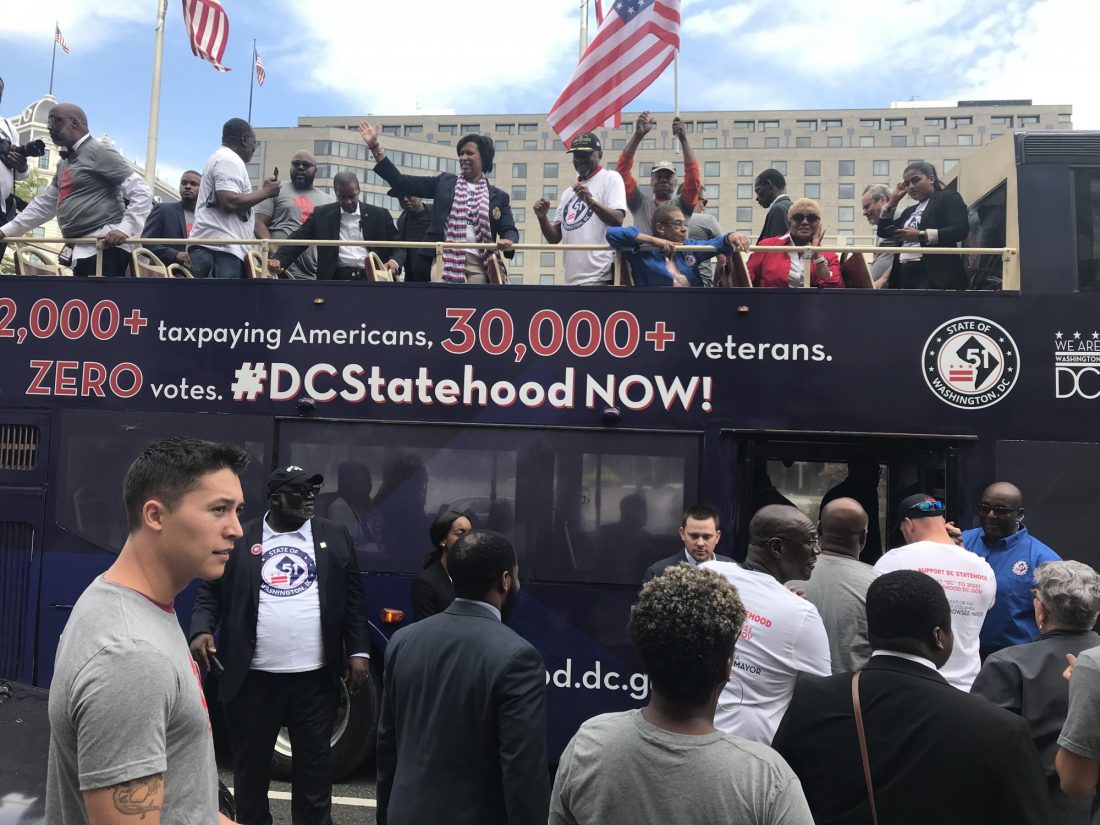 DC Leaders Hit the Streets In the Latest Push for Statehood 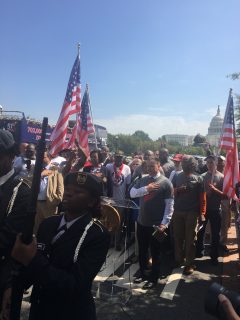 The move comes as a hearing is set for this Thursday in the House of Representatives on the DC Statehood issue.   “I was born in this city without voting representation.  I will not die that way,” said Bowser.  The mayor rode on a bus filled with veterans carrying 51-star flags and shouting 51, 51, 51 hoping to send a message that DC is ready for statehood.   It’s believe the bill to make the District the 51st state has enough support in the Democratic controlled House to pass.  The battle is expected to be much tougher in the Republican controlled Senate. 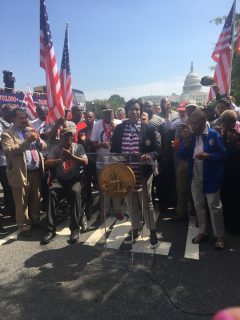 Today’s action is just one of several statehood events scheduled for this week.  Tuesday,  the Mayor will unveil a list of businesses who support DC Statehood followed by a roundtable discussion on Wednesday.  Friday, Bowser will unveil art exhibits in all 8 wards and Saturday DC Statehood will be highlighted in the 2019 Fiesta DC Parade.