RICHMOND, Va. (AP) — Work crews in Richmond, Virginia, have lifted away an monument to Confederate Gen. J.E.B. Stuart. It’s the third major Confederate statue to be removed as the Confederacy’s former capital rushes to remove symbols of oppression amid nationwide protests over police brutality and racism. The 22-foot bronze equestrian statue went up on Richmond’s Monument Avenue in 1907, a time when white leaders across the South sought to glorify the ‘lost cause’ of the Civil War and suppress attempts by Black people to achieve equality. Mayor Levar Stoney ordered the removal of all city-owned Confederate statues on July 1. 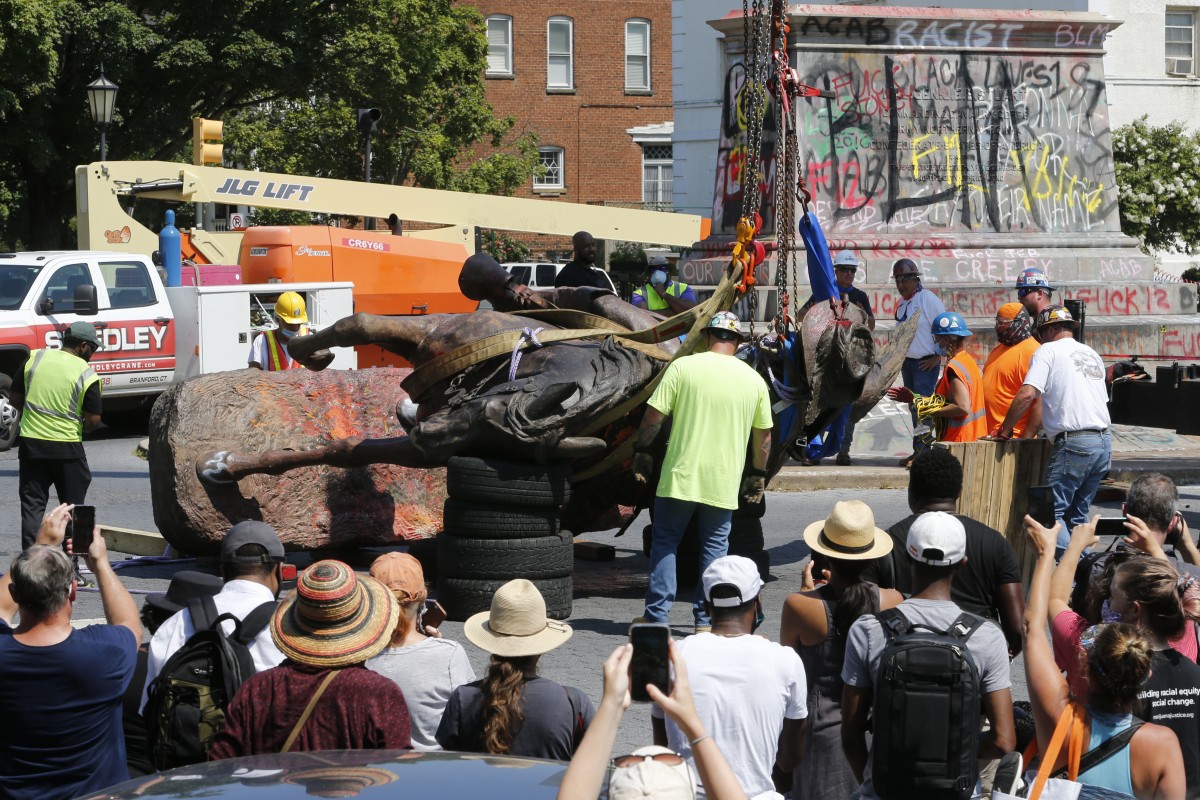