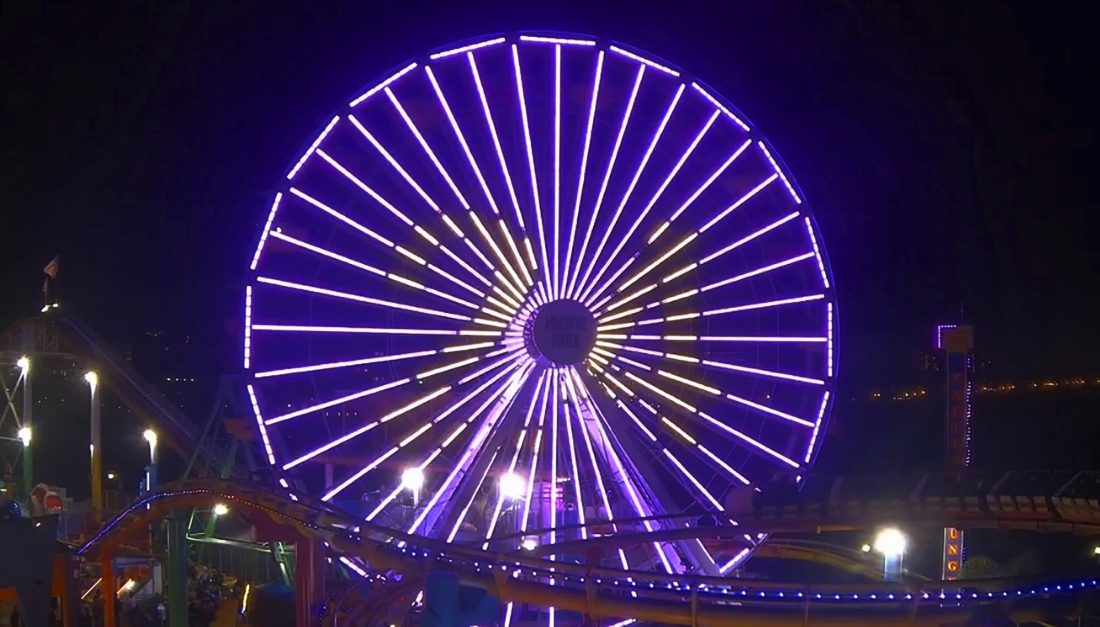 Reaction To The Death Of Retired NBA Superstar Kobe Bryant

Reaction from the basketball world and beyond on the death of retired NBA superstar Kobe Bryant and his 13-year-old daughter, Gianna, in a helicopter crash on Sunday:

“Words can’t describe the pain I am feeling. I loved Kobe — he was like a little brother to me. We used to talk often, and I will miss those conversations very much. He was a fierce competitor, one of the greats of the game and a creative force. Kobe was also an amazing dad who loved his family deeply — and took great pride in his daughter’s love for the game of basketball.” — Basketball Hall of Famer Michael Jordan in a statement

“The crash was a tragedy for multiple families. My heart goes out to Vanessa and the families that lost loved ones. Kobe was a chosen one — special in many ways to many people. Our relationship as coach/player transcended the norm. He went beyond the veil.” — former Lakers coach Phil Jackson in a statement

“Kobe was not only an icon in the sports arena, he was a man of the world and touched so many lives and communities in the most positive ways. His star was continuing to rise every day and he knew no limits because of his many intellectual and creative talents and desire to give back to others – his passion for the game, for his family and for others was apparent in everything he accomplished.” — Basketball Hall of Famer Larry Bird in a statement 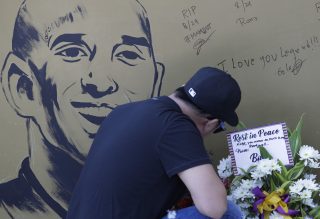 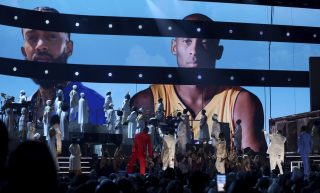 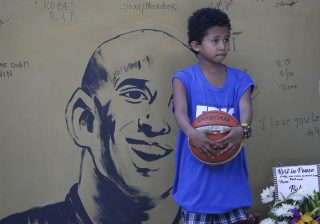 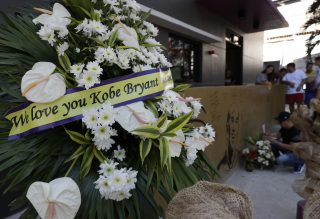 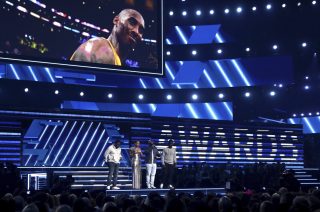 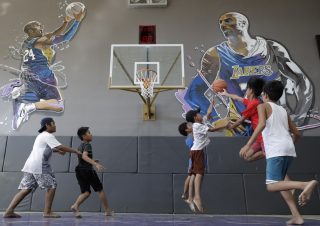 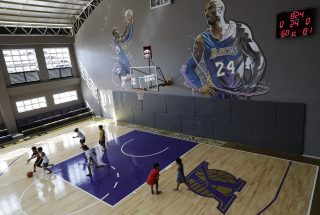 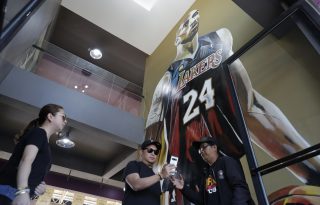 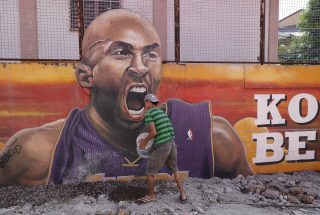 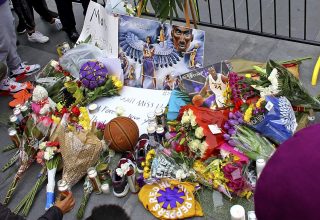 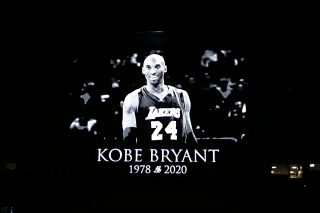 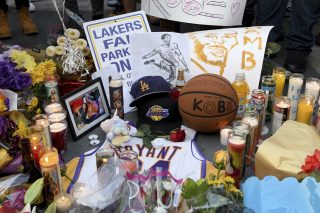 “It’s just a huge loss to the game. He was a great example on a lot of different stages.” — rapper Rick Ross at the Grammy Awards

“Jeannine & I are absolutely shocked to hear of the loss of one of my favorite people & one of the best basketball minds in the history of the game! Our hearts and prayers to Vanessa & his girls. @kobebryant you were my biggest fan, but I was yours. #RIPMAMBA” — Basketball Hall of Famer Bill Russell via Twitter

“That is terrible news!” — President Donald Trump via Twitter

“Kobe was a legend on the court and just getting started in what would have been just as meaningful a second act. To lose Gianna is even more heartbreaking to us as parents. Michelle and I send love and prayers to Vanessa and the entire Bryant family on an unthinkable day.” — Former President Barack Obama via Twitter

“For 20 seasons, Kobe showed us what is possible when remarkable talent blends with an absolute devotion to winning. He was one of the most extraordinary players in the history of our game with accomplishments that are legendary: five NBA championships, an NBA MVP award, 18 NBA All-Star selections, and two Olympic gold medals. But he will be remembered most for inspiring people around the world to pick up a basketball and compete to the very best of their ability. He was generous with the wisdom he acquired and saw it as his mission to share it with future generations of players, taking special delight in passing down his love of the game to Gianna.” — NBA Commissioner Adam Silver in a statement

“Kobe Bryant was far and away the greatest athlete I had the privilege of representing during my 35 years as a player agent. And I represented many great athletes. I’ve known Kobe since he was a 17-year-old senior at Lower Merion High on Philadelphia’s Main Line. He had a fearsome intellectual curiosity and his enthusiasm was contagious. The glint in his eyes wasn’t just joy: It was sparks from a fire that couldn’t be tamped down. To him, anything less than the best was failure. He deeply loved his wife Vanessa and the family they created, Natalia, Gianna, Bianka and Capri. He cherished his daughters and they were always his top priority. Losing Gianna makes this even more tragic. Kobe’s death is especially wrenching knowing what he was capable of, and what he might have accomplished in his post NBA life. He was already well on his way, continuing to have such an impactful life.”— Arn Tellem, Bryant’s former agent and now the Detroit Pistons’ vice chairman.

“Just devastated to hear about #KobeBryant. An extraordinary athlete, and a genuinely kind, wonderful man. Sending love, prayers & compassion to his family. To his entire @NBA family as well.” — actress Reese Witherspoon via Twitter

“As I tweet through my tears, I am so hurt. I cannot stop crying. Kobe was instrumental to so many people. There is a hole in the basketball world and there will be for a long time. Rest in heavenly peace.” — the Rev. Jesse Jackson via Twitter

“Today we at @WaltDisneyCo mourn the tragic loss of @kobebryant…a giant in sports and a person so full of life. Terrible news and so hard to process….” — Robert Iger, chairman and CEO of Disney, via Twitter 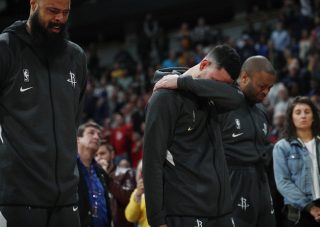 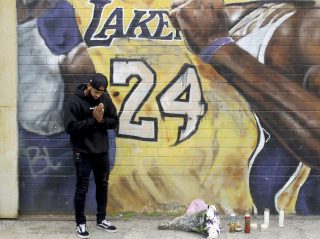 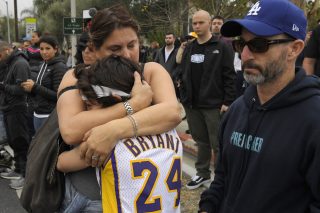 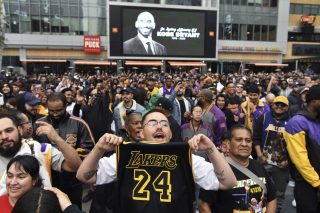 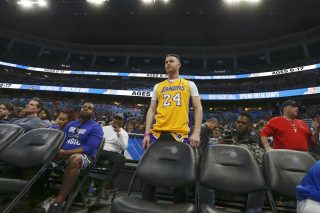 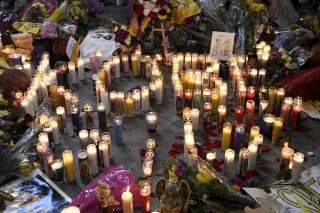 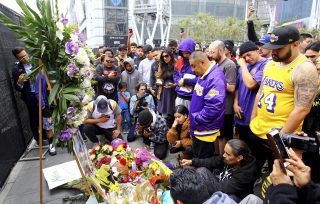 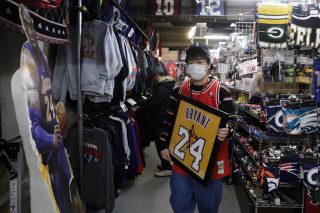 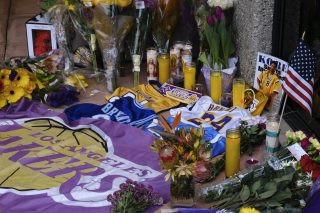 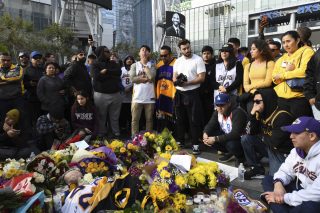 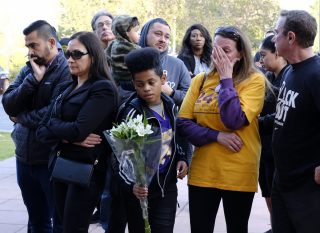 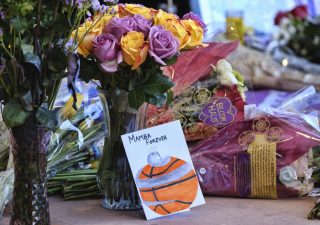 “A true gladiator in our life time. You will be forever in our memories, our childrens memories, and generations to come.” — rapper Wyclef Jean via Twitter

“I’m at a loss for words. @kobebryant was a long-time friend, an inspiration and we shared our first ever commercial @espn together as professionals. I love you forever. #RIPMAMBA” — retired NFL player Keyshawn Johnson

“Shocked by the death of @kobebryant, an exemplary athlete both on and off the basketball court. Our most heartfelt condolences to his family and loved ones. Rest in peace.” — FC Barcelona football club via Twitter

“Kobe’s support for the WNBA and women’s basketball along with his passion for helping young girls and boys follow their dreams made him a true legend for our sport. We admired him not just as a legendary basketball player, but as a father, a youth coach, and a role model for future generations of athletes.” — WNBA Commissioner Cathy Engelbert in a statement

“Kobe Bryant was a giant who inspired, amazed and thrilled people everywhere with his incomparable skill on the court — and awed us with his intellect and humility as a father, husband, creative genius, and ambassador for the game he loved.” — Eric Garcetti, Los Angeles mayor, via Twitter